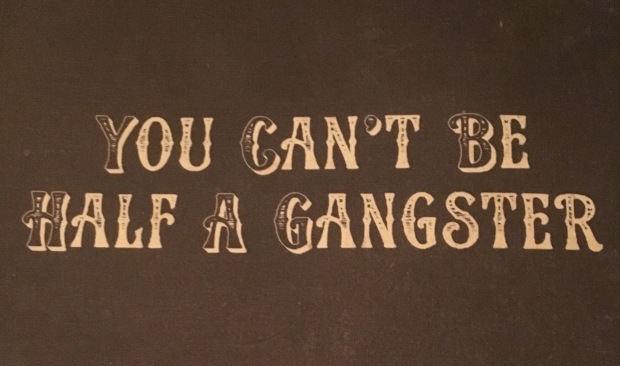 I was planning on writing about New York day by day, but instead decided to break it up a little bit and bars is obviously the most important! We had 5 nights in New York in early June and although we had both been before, we hadn’t been there together. We decided not to do very touristy things and check out the neighborhoods and a couple of bars –  we did do a little bit of sightseeing.

Sean wanted to check this place out as it has a string of very impressive awards to its name and has been named as the best bar in the world. We visited here on our first full day in New York and it also happened to be lunch time, so we had a little wait for a table. We both ordered the burger and chips which was really tasty, and we got a couple of cocktails. They weren’t amazing and I was expecting a better presentation, but also if they were living up to their ‘best bar’ name and became super pretentious it would have been a lot worse. We went for a few drinks downstairs and it was a nice little Irish bar, without being a stereotypical Irish bar. It’s cute and worth a visit if in the area.

We had an hour or so to kill and we came across this little bar. It was spacious inside and they did some super strong cocktails. It seems like its a well kept secret and the location was pretty close to the Tenement Museum we were visiting, and only for having a tour, we would have had another couple of drinks in here. 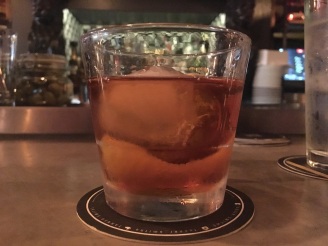 We ended up spending an afternoon drinking in this pretty cool looking bar. They have a a big cocktail menu and do a great smoked Old Fashioned (pictured below), they also had some good gins but the gin & tonic phase hasn’t hit the US yet, so they are all served up in a long glass with tonic from the gun and lime – which is shit if you want a nice gin. We both enjoyed our afternoon here, but in my opinion it takes advantage of its location to up the prices, which isn’t worth it.

The Randolph at Broome 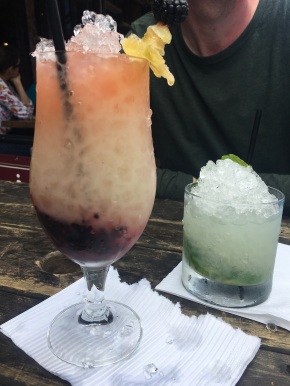 I’m not too sure what to say about this place – it’s a bar of a hotel, but it seems there was three separate bars, one for beer, one for cocktails and not too sure what the other was. We were there for happy hour before we strolled through Chinatown, so we took advantage of having a couple of cocktails which were surprisingly nice. Sitting outside was lovely, and we got the odd dog coming up to say hello which is always a plus. 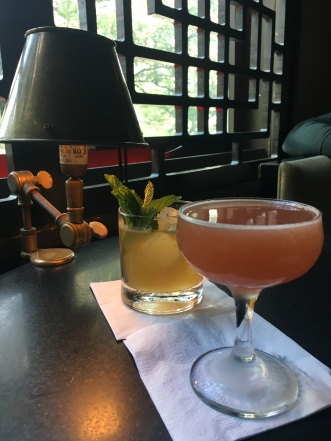 This was possibly the highlight of our drinking in New York. Not too sure how Sean found this place but it was recommended somewhere to us, and was a little hard to find. After a bit of searching we strolled up stairs and entered the pretty cool bar. We got a couple of cocktails which were amazing and the bartender was happy to make some cocktails which weren’t on the menu. We went to go back on our last day but the bar only opened from 5pm.

We came across this place by chance on our last day and unfortunately we had just been for pizza so didn’t get to have food here, which looked amazing. We got a couple of drinks and sat at the bar. Its on a really funky street with some cool bars around and the cocktails were good. The guac looked amazing and would loved to have tried it.

It’s terrible and I regret going there – horrifically over prices and horrible drinks. 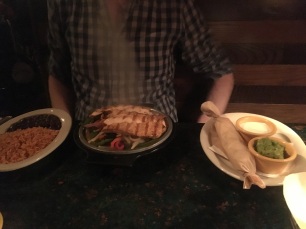 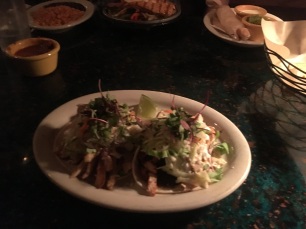 This was close enough to our hotel and we popped in here as we were in the mood for Mexican. The decor is pretty cool and they have a good selection of margarita’s. I got chicken taco’s and Sean got chicken fajitas, both were amazing and the place, although busy had a great atmosphere to it. 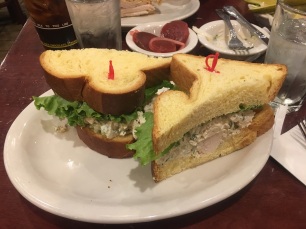 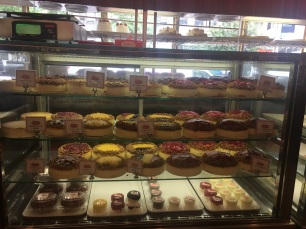 While on the Circle Line the captain recommended heading to Juniors in Brooklyn and as we were en route to Brooklyn we decided to check it out. They have a HUGE menu and we both got sandwiches, which were massive, I also got a cheesecake which is meant to be the best in the world but unfortunately it didn’t make the cycling trip back to the hotel. It seemed like a classic US diner and there was a great atmosphere.

We stopped in here for lunch while strolling through Little Italy as it was mentioned in our guide book. The bakery looked amazing, but we already had list of sweet places we wanted to stop at so we just got a quick bite to eat. I got the Antipasto and Sean got a sandwich and both were delicious 🙂

We took a trip out to Astoria in Queens to visit this little Indian restaurant which has been around for a few years. I got a couple of cocktails which were lovely and we got a mix of starters to share. The cauliflower starter was amazing and the samosa was chopped up already which was unusual. Once of the nicest things about the restaurant was the naan bread, which was Garlic and Olive Oil – I could happily have eaten that for days. The main course was lovely but I think I was too full to properly enjoy it. For a write up on the restaurant have a read of this Huffington Post article. 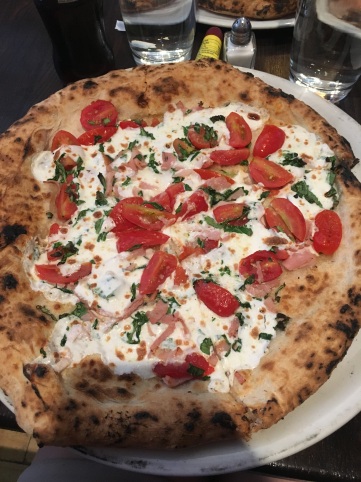 We found this place while walking down Bleeker Street and had heard of it before because of how many awards it has received. We stopped here for lunch and the food was great. The staff was a bit meh as I asked for something additional on my pizza and was told no. The drinks are overpriced but for a quick stop for lunch its great. 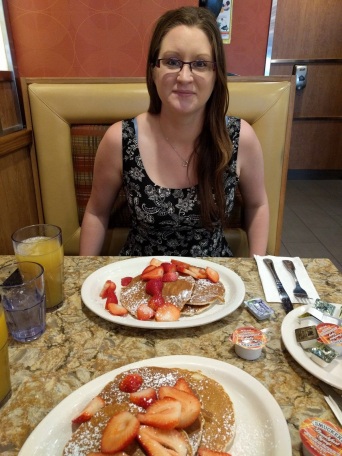 Simple and quick breakfast! Stopped in here for a stack of pancakes as it was close to the hotel.