In October 2013 we took a mid-week trip to Amsterdam. I had been twice before (once with my sister Louise and to visit a friend who was in college there), and Sean had been once before (which I think he was sick for the entire duration of the trip). When we arrived we went straight to our hotel which was amazing, and after checking out the area we decided to take a stroll around the city. We took a trip to the top floor of the Amsterdam library and got some food in the restaurant on the top floor while we looked out over the city (the food was surprisingly tasty – especially the pizza!). One of the best things we came across during our trip was a bike tour being run by a group of local college students. Sean and I were the only two one the bike tour so its was good fun and took us away from the centre of the city. We got to see and learn a lot about the city and visit some areas we would not have found on our own (the yellow submarine, Amsterdam’s smallest house, the docks). The tour is highly recommended! We came across two great pubs, Cafe Hoppe (small old bar) and Door 74 (expensive cocktail bar, which a great selection!) which are both worth trying out! We also stumbled across a little cafe called Gartine where the food was fantastic… we went back on our last day but sadly it was all booked out! 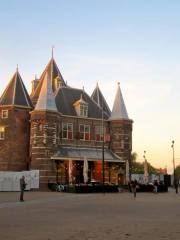 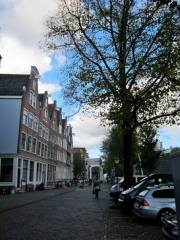