Another great anniversary present from Sean 🙂  We headed off to Edinburgh in October for a weekend. It was my first time properly in Scotland and I sadly didn’t pack for the cold!

We stayed in the Ibis Styles hotel on St Andrews Square. The rooms were small, but the décor made it up for it. The hotel had a theme of pink, purple and green so all rooms were decorated in these colours. We got in late in the evening and decided to head out for some food, we didn’t travel too far as beside our hotel was Amarone. We stayed here for food and drinks before taking a stroll around the city. We woke up early on Saturday morning to walk through Princes Street Gardens, around onto Kings Stables Rd and up to Edinburgh Castle. The Gardens were lovely to walk through, and they were very quiet due to the time of the year. As we walked up the steep steps of Castle Wynd, we strolled in to buy our tour tickets for the castle. The queue was mental and neither of us were interested in queuing – we then noticed the booths for pre-booked tickets and we managed to book tickets on our phone there and then. Yay! As we got into the castle grounds we waited for the next tour to start. The views from the grounds across the city were lovely, it was a clear morning and we could see out over the North Sea. We started our tour, which was quite short but gave a good history of the castle and Scottish history. There are a few different museums on the grounds of the castle that you can also visit. We walked through the Military Prison, the Royal Apartments and St Margaret’s Chapel. My two favourite things were the Great Hall, which was really impressive and the Dog Cemetery that overlooked the city. That was very cute but sad! We grabbed some breakfast in the cafe on the castle grounds and waited for the One O’Clock gun exhibition. We sat outside the cafe and had a lot of crows coming to visit. The gun show started and surprised us all, but it was great to witness. After leaving we decided to walk down the Royal Mile and explore more of the city.

We stopped off in the Scottish Whiskey Experience which I thought was going to be overly touristy. The start of the tour was a short ride in a whiskey barrel to learn all about whiskey and how its made. This was really different and interesting to do. The next stage was a whiskey tasting where we got to learn about the four types of Scotch whiskey (Highland, Lowland Islay and Speyside). After learning more about each of these, and getting to try some (the best part) we went to see the largest collection of Scotch whiskey in the world. This room was seriously impressive. After the tour we continued on our walk down the Royal Mile and stopped in Monteiths for a quick bite to eat and a cocktail. The cocktails were amazing, I got the Rum n Raisin Old Fashioned and Sean got the Speyside Treacle. We also got some Duck Fat Chips and the Haggis (I wasn’t keen on trying it, but it was very tasty!). Once we were finished we went for a quick shop in the city before heading back to our hotel to chill out for an hour or so. We heard of a bar in Edinburgh that did great burgers and was perfect for watching the rugby. When we arrived at The Cambridge it was packed and seats were not held for those eating, so there was no chance of getting a seat. We continued to stroll to the streets as we both were getting quite hangry!A lot of restaurants we came across were booked out, one Mexican restaurant in particular was half empty and wouldn’t serve us because their tables were booked in a few hours time.

Eventually we found Harry’s Bar which was quiet enough, served food and had some great cocktails. We settled in with our burgers and a few gins/whiskeys to spend the next 80 minutes ignoring each other as we watched England get knocked out of the World Cup. After watching the rugby we decided to head towards a bar I came across online, Panda & Sons. It is super hipster and would fit in very well in Dublin 8. From the outside it looks like a barber shop and as you walk down the stairs and through the wallpaper bookshelf you enter the funky and over the top bar. Painted on the walls are barber chairs and pandas, which a few barbers chairs floating around. The ceilings are really low and there was a huge crowd at the bar but we got a drink pretty easily. Similar to Jo Burger in Dublin, there was a ‘DJ’ having a go of Spotify on a Mac in the corner. Sean’s cocktail arrived and gave us both a laugh along with making us think this whole hipster thing has gone a bit too far… he got a chopping board, with a basket, that contained a glass of whiskey along with the glass containing the rest of the cocktail and a map (photo below). We were full of hipster so decided to head back towards the hotel. On our final day we decided to go for a walk around the Palace of Holyrood before taking part in the City of the Dead walking tour. On the tour we went down into the Edinburgh Vaults, the tour was interesting and not very scary – I only freaked out twice as I’m afraid of the dark and haunted crap. Sean made the most of it by successfully trying to freak me out.

After the tour we planned to head to the Three Sisters for the Ireland game, as we were a bit early we headed towards the Grassmarket area of Edinburgh. There were some really nice bars around this area and we stopped in one to catch the Argentina Tonga game. The Three Sisters was a great bar to catch the Ireland game. They had a huge outdoor screen, but the place wasn’t packed so it lacked some atmosphere. Had there been an England or Scottish game the atmosphere would have been great. We had a late flight back as we would have missed the Ireland game, but there wasn’t much to do in Edinburgh on a Sunday evening. We went back and had a quick drink in the hotel before catching our flight home. 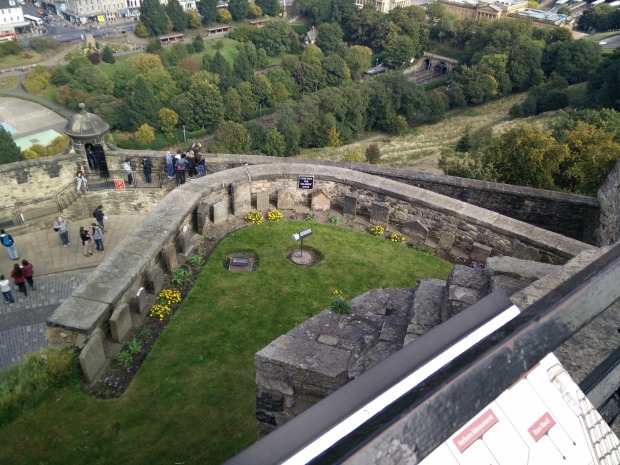 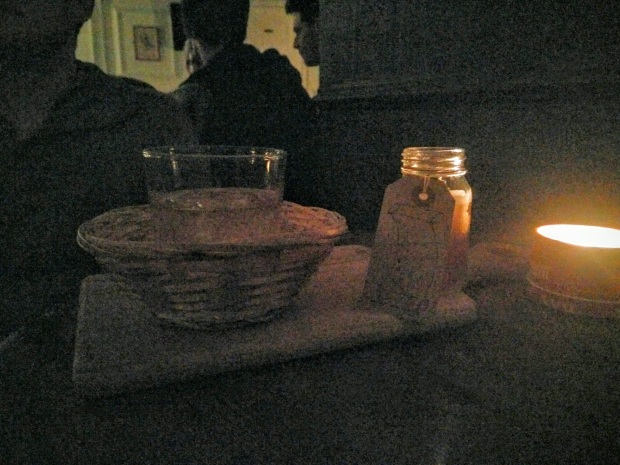 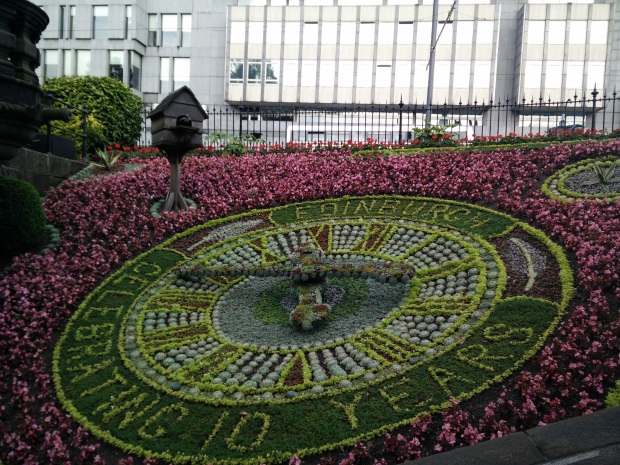 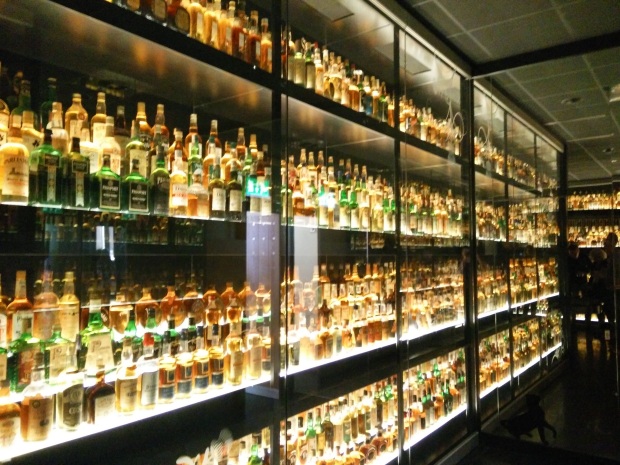